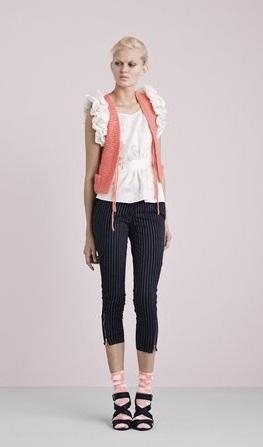 From this base, Baum und Pferdgarten export their unique fashion to the rest of the world; their works are available in London, New York, Tokyo, etc. The two designers are fascinated by the concept of contrasts, which gives their collections a sense of juxtaposition. Feminine and masculine, large and small, glossy or matte... They are known never to compromise on quality or aesthetics, sparing no expense in attention to detail and craftsmanship.

In 2009, Baum und Pferdgarten received the prestigious DANSK Fashion Award for Best Danish Brand, receiving the award at a star-studded ceremony in Copenhagen.

At the end of 2009, Baum and Pferdgarten collaborated with Coca Cola to produce a limited edition bottle featuring an exclusively designed pattern, available during fashion week in 2010

A visit to this world famous, innovative and award-winning fashion store is a must for the fashionista visiting Copenhagen.